Premiere’s selection process is based around its Interview Weekends. These weekends are carefully crafted to benefit the children with the experience necessary to further their career goals. The skills they learn are highly relevant to the entertainment industry and the activities involved also serve to give their families a chance to discover how to best help their children find success in this endeavor. During this process, we are also able to evaluate the unique abilities and talents of … END_OF_DOCUMENT_TOKEN_TO_BE_REPLACED

A good deal of the participants at Premiere have gone on to find work in the entertainment industry. A few of these individuals include: Landry Bender Landry, from Phoenix, Arizona, attended our August 2009 production. She signed with Talent Works and Coast to Coast Talent Group, and made her professional acting debut in the 20th Century Fox film The Sitter. Following her initial start in the industry, she had an audition for Disney. As a result, she booked a role in the pilot of Disney XD’s … END_OF_DOCUMENT_TOKEN_TO_BE_REPLACED

Premiere was established in 2009 and currently produces TV and Film projects for the Premiere App streaming service. This production is designed to showcase actors, dancers, singers and models between the ages of 4-20. Premiere has hosted these productions every summer and winter over a dozen times since 2010, which are held at the Walt Disney World Swan and Dolphin Resort. These productions are organized to showcase skilled participants and give them the opportunity to appear on our app in … END_OF_DOCUMENT_TOKEN_TO_BE_REPLACED 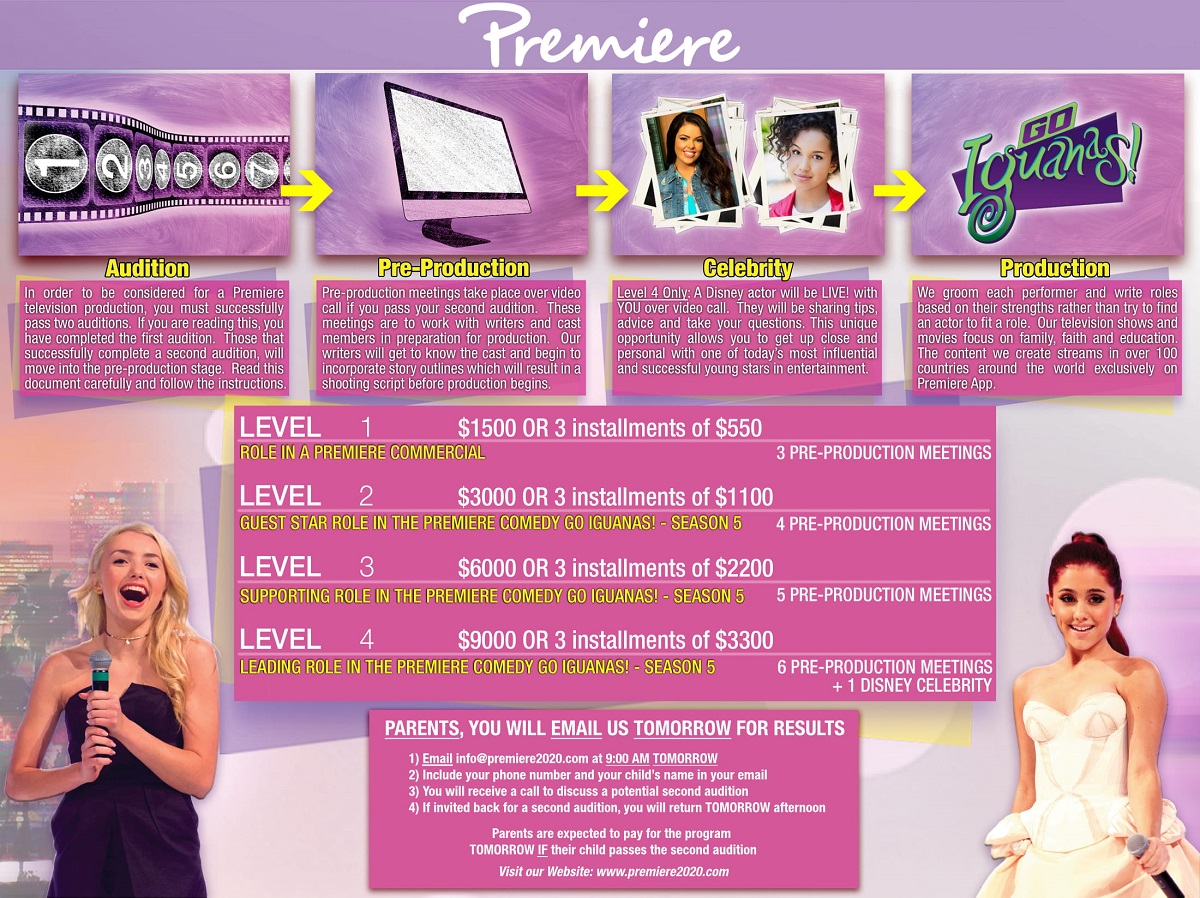