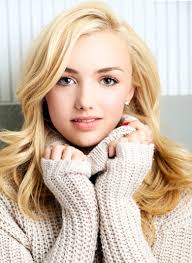 Summers during the preteen and teen years can be magical ― full of trips to the beach and lazy afternoons by the pool. But if you’re a celebrity like Disney Channel’s Rowan Blanchard, you can make this season extra exciting by going to glamorous events with other stars. Plus, in between your partying and tanning, you can try to change the world.

To see what we mean, check out these five highlights from Rowan’s whirlwind summer.

1. Speaking at a UN Women’s Conference

On June 27, Rowan addressed the Conference and Annual Meeting of the U.S. National Committee for UN Women, which took place at the Hyatt Regency in Long Beach, Calif. UN Women is a branch of the United Nations that strives to empower girls and women across the globe.

Rowan’s speech focused on several issues, including the way some girls try to become more popular by avoiding science and math as much as they can. She also explained that the American media often treat women’s bodies like objects, and they sometimes suggest that a woman’s appearance is her most important attribute. These remarks were compelling and heartfelt, and Rowan was thrilled to take part in this conference.

On June 23, Rowan dined at Gracias Madre in West Hollywood, a classy restaurant that serves organic foods from local farms. The trendy clothing company BCBGeneration hosted this party in order to show off its latest offerings. Many young luminaries showed up; Rowan’s “Girl Meets World” costar Sabrina Carpenter was among them.

Many teenagers work during the summertime, and Rowan is no exception. Of course, she’s not a camp counselor or a lifeguard. Instead, she heads to Los Angeles Center Studios, a television production facility, to tape the Disney Channel sitcom “Girl Meets World.”

In this series, which is a sequel to the 1990s TV comedy “Boy Meets World,” Rowan plays Riley Matthews. Riley’s a cheerful Manhattan resident who spends a lot of quality time with her parents: Her dad is a history teacher at her middle school, and her mom runs the bakery that she and her friends often visit.

Rowan had an especially emotional experience when she explored the Universal Studios Orlando Resort in July. This sprawling complex in Florida contains two theme parks, and they both recreate settings from the “Harry Potter” books and movies. Well, when Rowan stumbled upon Diagon Alley, the fictional street in London where wizards hang out and go shopping, she started to cry. She’s been a huge Potter fan for years.

On July 17, Rowan attended the Premiere Program Award Show at the Walt Disney World Swan and Dolphin Resorts in Orlando, Fla. Calum Worthy and Piper Curda were there as well, and all three Disney Channel actors honored Premiere’s performers. During the proceedings, Rowan took part in a couple of onstage games, including an intense and hilarious lip sync battle. Afterwards, she tweeted that meeting Premiere’s participants warmed her heart.

Premiere, which was founded in 2009, is a unique organization that brings young musicians, dancers, actors, and models to the attention of entertainment professionals, particularly people who produce TV shows for children and teenagers.

Premiere is holding auditions this weekend in Seattle, WA

This is a once in a lifetime opportunity and space is limited so call right NOW!

Best known for her role as Riley Matthews on the Disney Channel series Girl Meets World, Rowan Blanchard wowed Premiere with her lip sync in July 2015

Check out her performance here:

“The World’s Greatest Entertainer,” Mr. Doug E. Fresh, attended Premiere to give his son the opportunity to pursue his dreams. He was so inspired by the families and young performers he met throughout the week, he asked us to say a few words during the awards show. “The Human Beat Box” laid it out to the young people in an impromptu rap session.

Check out his amazing performance here: